Home/Featured/Uncategorized/“I Was a Boy in Belsen” – Author Visits St. Dominic’s
Previous Next

When holocaust survivor Tomi Rechentenal visited the school. He was welcomed and introduced by 3rd year student Aleksandra, in Tomi’s native language and then by 5th year History Student Eirn Dempsey in English – It was a touching moment to see Alexsandra Medzihradska welcome someone from her native village in Slovakia.

Students, staff and visitors sat in respectful silence for two hours  as they were reminded of the horrors of the concentration camps, as seen through the eyes of a child survivor.

At the age of nine, Tomi Rechental, with his mother, brother, grandmother, aunt and cousin, was incarcerated in the notorious Bergen-Belsen concentration camp. Their crime: being Jews in Slovakia under Tiso’s regime which collaborated in the deportation of over 80% of its Jewish population.

Tomi recalled the daily brutality, starvation and dehumanization of the inmates; the latrine ‘dolls’ that were actually discarded babies, and the constant undercurrent of fear as parents tried to keep rumours of gas ‘showers’ and crematoria from their children.

Tomi told his audience that he did not speak about his experiences of his wartime experiences not because he did not want to, but because he could not. But in recent years he believed it was important that the memories be shared.

‘It was the most intense and heart-breaking story I’ve ever heard. It was an honour to meet such an inspiring and influential man with a big heart despite his past ‘- Leanne Cuff

‘ I admired how forgiving Tommy was towards Germany as a Nation, and the courage he had to speak about his journey and all that he has been through’ – Sophie Kelly

Mary Daly, (Principal) in her thank you speech, told Tomi that this was an event that had touched the lives of all students and staff as they prepared for his visit. She said she had no doubt that the day would go down in the annuals of the school as a very special day.  Mary then invited Tomi to return to the school in 2016, when the school will be celebrating 60 years of Educational Services in the Ballyfermot Community.

(Photos available in our Photo Gallery under Events Tab) 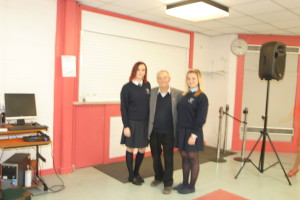 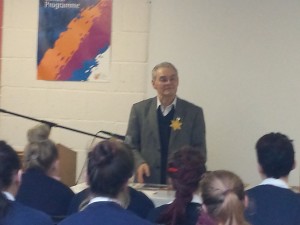 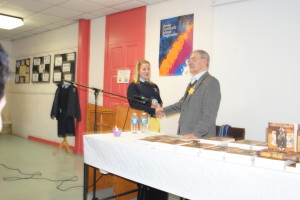 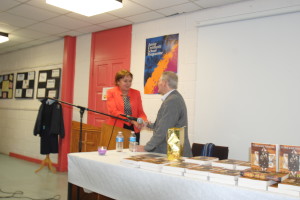