Welcome to the French department.

There are two of us in the department: Ms McGuirk, and Ms Daly. We have French classes in every year: first to sixth year.

We prepare our students for the Junior Cycle and Leaving Certificate exams. 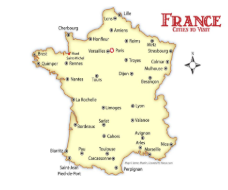 Why study French? Here are just a few reasons………