My Journey to becoming a Mental Health Ambassador 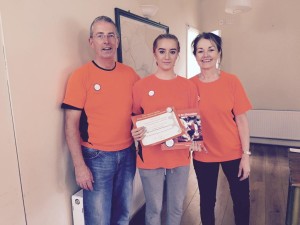 It all started about a year ago, as the Ballyfermot Community had been gripped by many stories of suicides.  I remember briefly sitting thinking this should not be happening, and something has to be done.

I attend St. Dominic’s Secondary School which has been actively involved in the area of Mental Health for many years. I applied to the Health Promoting School Team where I was then placed on the mental health sub group. As the weeks passed, I began to realise most work was done by adults. so my natural instinct was to become actively involved.. Every Monday positive quotes would be handed out to students coming in to school, on Fridays an uplifting song would be played just as the last class was coming to an end and on a Wednesday five minutes would be taken out of class to sit as guided meditation was read out over the intercom.

In the last year we had the privilege to receive The Amber flag and The Cycle against Suicide Ambassador Award for the second time.

This was only the start but by experiencing all of these activities I always felt I had something more to give. After a lot of planning, brainstorming and help from experienced people I came up with the idea for The Positive Mental Health Mentors. No matter what the age we all have problems that we feel are not big enough to share with others but as we keep them they just get bigger and bigger because as we are all humans we tend to over think.

The project which so far has taken off immensely is there for anyone who wants to talk or just have a place where they feel safe. The Career Guidance teacher Ms Keeler approached me with an Ambassador Awards programme one Friday morning, and just like most mental health related activities I signed up for it. As I began researching the programme I began to realise how prestigious it would be to be selected as an Ambassador.

When submitting my application, I once thought getting my Junior Cert results was nerve racking, this was that but amplified. As the weeks went on and I had not heard anything back I began to forget about it believing maybe I had not done enough or  I was not good enough. But some call it faith or just a coincidence I sat in the night off my birthday and my phone rang I picked up and Ms Keeler shouted ‘’you got it, you got it’’. Skip on to over a month and it was time to head to Kippure, in Wicklow for my training. As I wrote my piece for the presentations my nerves kicked in. The two days spent in Wicklow with thirteen other students just as passionate as I am about Mental Health was one of the best experiences of my life. St. Dominic’s was mentioned in many conversations and I have never been prouder knowing I was representing my school and community. 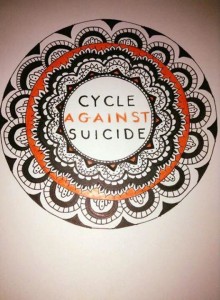